Provided by University of Oregon 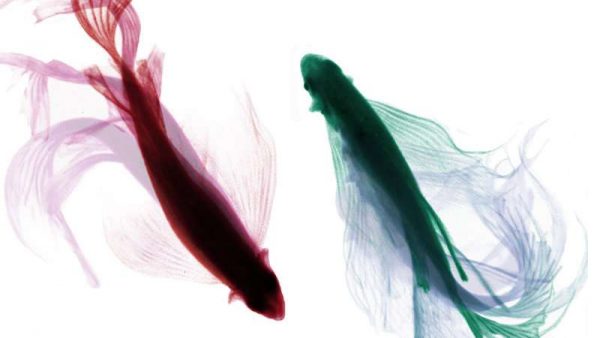 Two zebrafish engage in a get-to-know-you swimming pattern after being introduced to each other for the first time. A breakdown in social behavior by either fish will alter how they relate to one another, resembling similar disruptions seen by people with some socialization disorders. Photo credit: University of Oregon

University of Oregon scientists have identified brain cells vital to how zebrafish socialize. When the neurons are disabled, their orientation to one another breaks down in ways similar to socialization problems seen in humans with autism spectrum disorders and schizophrenia.

The neurons, which have equivalent genes in mice and in humans, provide a new avenue for research on the basic biological underpinnings of social behavior, said co-author Philip Washbourne, a professor of biology and member of the UO Institute of Neuroscience who has studied autism genes for almost two decades. Read more.

Published July 26, 2018 by University of Oregon