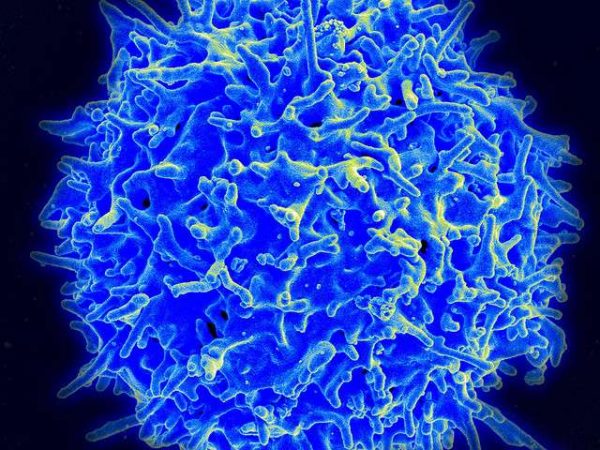 Scanning electron micrograph of a human T lymphocyte (also called a T cell) from the immune system of a healthy donor. Credit: NIAID

Two teams of researchers, one working in the U.S., the other in Italy, have come up with new ways to avert cytokine release syndrome (CRS) in leukemia patients who undergo CAR T-cell therapies. In the first, the researchers working at the Sloan Kettering Cancer Center in New York developed a mouse model to replicate the conditions under which CRS develops. They were able to isolate a key molecule involved in the syndrome and then found a drug that blocks it. The second team developed a different mouse model and found the same molecule involved. But instead of blocking it, they genetically modified the T-cells to prevent CRS from arising in the first place. Both have published their results in the journal Nature Medicine. Cliona Rooney and Tim Sauer with Baylor College offer a News & Views piece on the work done by the two teams in the same journal issue. Read more.