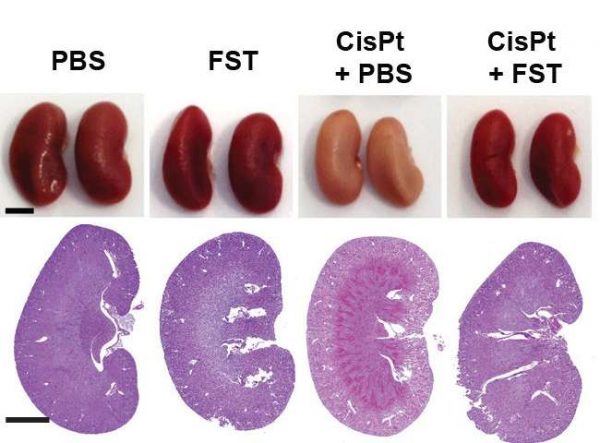 A naturally occurring hormone could help make chemotherapy much more effective for many Australians with lung cancer, according to new findings from Sydney and Melbourne researchers.

And the hormone—known as follistatin—also appears to prevent kidney damage, a serious side effect of chemotherapy.

The promising new ‘two birds, one stone’ treatment approach, which was successful in mice, is published in Science Translational Medicine today. It is the result of a collaborative effort between researchers at the Garvan Institute for Medical Research (Sydney) and the Hudson Institute of Medical Research (Melbourne), along with the biotechnology company Paranta Biosciences Limited, which is developing follistatin as a potential therapy for cystic fibrosis, kidney disease and cancer.

Despite advances in immunotherapy for lung cancer, most patients are still treated with chemotherapy based on a drug called cisplatin. However, less than a third of these patients will see benefits, and they often develop serious side effects including kidney damage. Read more.