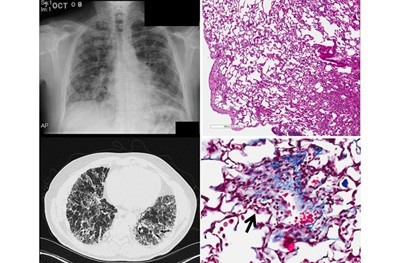 The biggest hurdle to finding effective therapies for idiopathic pulmonary fibrosis (IPF) – a life-threatening condition in which the lungs become scarred and breathing is increasingly difficult – has been the inability to fully model the disease in animals, limiting the ability to observe and understand the disease. Now, a team of researchers from Penn Medicine has developed the first mouse model with an IPF-associated mutation, which induces scarring and other damage similar to what is observed in humans suffering from the condition. The findings are published this week in the Journal of Clinical Investigation.

“No one has been able to make a model to date that actually mirrors what’s going on in humans,” said senior author Michael F. Beers, MD, a professor of Pulmonary, Allergy, and Critical Care in the Perelman School of Medicine at the University of Pennsylvania, and research director of the Penn Interstitial Lung Disease Center. “Now, we have a model that resembles the pathology, physiology, and molecular signs found in patients, which will allow us to work out new pathways and targets, and test drugs in more clinically relevant ways.” Read more.